The story behind the band’s only UK number 1 hit.

When thinking of A-ha, the first thing that comes to mind is probably their international superhit “Take On Me”. With its timeless synth riff and innovative music video that won 6 VMAs in 1986, the single is undoubtedly the band’s most well-known work. However, A-ha’s only UK number 1 hit was “The Sun Always Shines On T.V.”, which was in many ways a sequel to “Take On Me.”

Opening up with a soft and melodic synth intro, accompanied by Morten Harket’s characteristic high notes, the track immediately creates a sense of longing and emotion. Perhaps the health condition of the band members during the recording has added to the overall atmosphere of the song. A-ha’s lead guitarist, Pål Waaktaar-Savoy, mentioned that the other two band members were down with influenza when “The Sun Always Shines On T.V.“ was recorded. Apparently, Harket and Furuholmen made beds and slept in the studio in between recording sessions in order to cope with their fevers at the time.

“I reached inside myself and found

Nothing there to ease the

Pressure of my ever-worrying mind

All my powers waste away

I fear the crazed and lonely

Looks the mirror’s sending me these days.”

All implications of this verse point to a breakup or a separation from a loved one. The protagonist appears to be in a crazed and lonely state, trying to find some kind of solace through introspection. Unable to find anything, he slowly descends into a state of depression. It’s the chorus that clearly shows the sense of desperation that he feels. He desires his lover’s trust, her touch, and her embrace and wants to be the sole subject of her love despite their separation.

As vital as the lyrics is also the track’s music video which actually begins by providing a conclusion to the video for “Take On Me”. The comic book character played by Harket himself begins returning to his pencil-sketch form, and runs away, leaving the girl behind. This very beginning of the video perfectly plays into the main idea of the song. After the intro to the video with the characters from “Take On Me” ends, the rest of the video was shot in an abandoned church, known as The Church Of Saint Alban The Martyr in London. From there on the band was singing to an audience filled with mannequins. The fact that the orchestral and choral arrangements were synced with shots of mannequins that appeared to be singing or playing instruments made the video super creative for the time. Eventually, it won 2 VMAs in 1986 for best video editing and best cinematography.

Another interesting point is the title of the song. Perhaps it suggests that the main character of the song has turned to the T.V. as a distraction, where there are no bad breakups and sad farewells. In this way, the T.V. represents a fantasy full of happy endings that contrasts with our reality. Pål Waaktaar-Savoy mentioned in an interview that the song was actually inspired by a British weather report. The weather in Britain is notorious for being wet and gloomy, and the reporter concluded a weather report that forecasted rain for the entire island by saying that the sun always shines on T.V.

The popularity of “The Sun Always Shines On T.V” is often dwarfed by that of “Take On Me”. In terms of raw emotion and relatability, however, it is easily as good of a song if not the superior track. While it may survive as a dance hit thanks to various remixes, “The Sun Always Shines On T.V.” will definitely continue to live on in the hearts of A-ha fans for its beautiful songwriting and instrumentation. 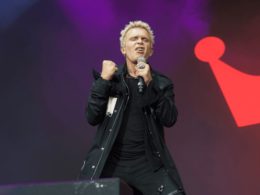 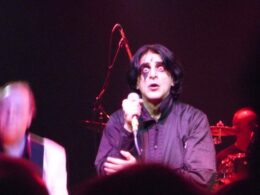 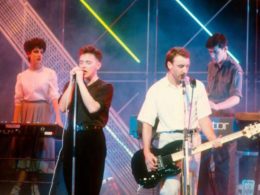