How the London-based duo is creating a new way of looking at new wave.

Volfodemo is an 80s-inspired duo, combining synths and deep vocals with rock and blues influences. Made up of Suteki Hegg and Mancha Zaar, they are based in London and have developed a way of neatly balancing musical paradoxes. Now, they are planning a full-length LP. Furio Magazine spoke to them to find out more about their inspiration.

Formed in 2018, one twist to their work is two sets of very different influences. It’s Suteki, who is also behind their high haunting vocals, who generates a lot of their classic eighties inspiration. Meanwhile, producer Mancha draws from funk, rock, metal, and blues, but adds his own gothic tones as well. Suteki’s tight new wave focus came from growing up with an older sister who listened to Joy Division and The Cure. From here, the music became the soundtrack to her teen years. As a result, both of them bring something fresh and exciting. Yet how does all this work together?

One pitfall of such broad influences is that bands can fail to integrate them properly. Yet Mancha uses new wave’s dark and dramatic elements to find a niche for his blues and fusion guitar work. A great example is at the end of “Nightburn” – a real slow burner, with a build-up towards the end. As the biggest moments kick in, synths give way to a drum breakdown and soft yet howling solo licks. Volfodemo don’t need to pile on the effects to make things sound great. Here, things aren’t overdone, but the classic dropout of most other sounds makes this part stand out.

It’s this manner in which the two have approached their sound in general. Post-apocalyptic imagery, plus liberal use of metaphor are recurring themes. One thing which gives revival bands an edge over their 20th-century counterparts is a greater range of technology. As a result, subgenres such as darkwave and EBM make use of this for a more industrial, electronic sound.  Yet, Volfodemo takes a different approach. Perhaps it comes from having to balance a very analogue genre with one that developed alongside the first days of digital. Either way, they seem to have mastered ‘less is more’.

What gives them something distinct to offer is that Volfodemo are all about these paradoxes. In their music, they embrace both light and dark, and all the ups and downs of life. Songs are both haunting and upbeat, and there is a healing edge to it. It is escapism. The cinematic harmonies bring opposing emotions together. And, as Mancha and Suteki duet, they provide delicious musical contrasts too. This works well, as much of the duo’s influences centre on forces bigger than ourselves. Their fantasy and sci-fi aspects go well with their capacity for storytelling and their sonic fingerprint is intense enough to properly express this.

However, it’s not just content which makes them appealing. In person, you can see the artistic chemistry between them. When writing, Suteki often starts by humming a melody, and songs spread out from here – and somehow through this, their music has a powerful quality to haunt you after you stop listening. It’s through the combination of guitar with more classic new wave sounds that this really shows. Mancha’s production lets it act almost like a second vocal line, in the same way, blues artists sought to make their instruments ‘sing’. Alongside this, Suteki has a knack for generating bold melodies, such as in “Stargaze”. Here, a daring chord progression makes it an upbeat yet still dramatic tour de force. All in all, Volfodemo excel at hitting the sweet spot.

So, it’s clear Mancha and Suteki also really enjoy experimenting with this combination of influences. On top of this, you can see how they repurpose different combinations for tracks such as “Light Me Up”. Plus, their love for analogy is clear, and a great track to showcase this is “My Dose”. Here, Suteki sings “I got my dose of loneliness“. This indirect yet knowing writing style takes the listener along for a ride – the kind of thing which really had me coming back for more.

What does the future hold? Volfodemo are passionate about their music and keen to get an album off the ground. It is an exciting prospect to imagine. If this is what they are capable of so early in their career, it’s exciting to see them develop artistically. Will more blues influences bring the guitar and duet parts of their work to the forefront? Or will they lean on a heavier, more gothic eighties edge?

Overall, Volfodemo are an effortless 80s revival band who bring back the era’s soul searching. At the same time, they stand out with their smart inclusion of blues and other guitar-based genres. You can tell that they have fallen into a great balance when writing and producing. As a result, their music is natural, authentic, and it clicks. They’re great at including deeper, darker themes – yet without any shred of pretence. In short, they have found a sweet spot of relatability with just enough gothic intrigue to add interest. It’s this, ultimately, which makes Suteki and Mancha deserve their current following and more. 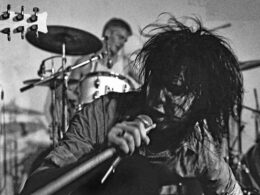 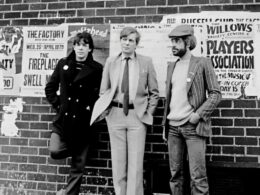 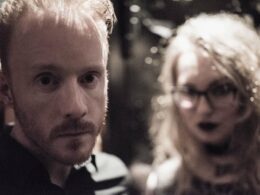 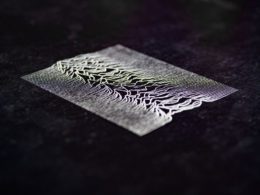 In this story, we uncover the impact of both Ian Curtis and Martin Hannett on Joy Division’s 1979 masterpiece Unknown Pleasures.
byP. Sydney