Marking the end of Tubeway Army, The Pleasure Principle saw Gary Numan turning towards an increased use of synthesizers and science fiction-influenced storytelling.

Gary Numan needs no introduction. Nor does his 1979 debut solo album The Pleasure Principle. This is the release that first brought tunes such as “Cars” and “Metal” to the world, and showed off both his increased use of synthesizers and his science fiction influence.

Early electronic music often sounded cold and bleak. It owed much to the dystopian plotlines in science fiction as well as the composers’ sense of disconnection with the world. It is fair to say that some musicians may have wondered whether they would soon be obsolete, overtaken by music made and played by automatons, robots or AI. They had grown up watching the likes of 2001: A Space Odyssey (1968) and A Clockwork Orange (1971). Kraftwerk’s Autobahn was released in 1974, Jean-Michel Jarre’s Oxygène in 1976. Top movies of 1979 included Superman, Alien and Moonraker, the Soviets invaded Afghanistan and there were uprisings in Iran and Uganda. Some of the science fiction was coming true. The cold, dystopian feel of the music suited the times.

For his part, Gary Numan gave the world The Pleasure Principle, filled with gloomy synths that presaged the heavier industrial music sound of Depeche Mode and Nine Inch Nails. This wasn’t pop, but it found its place in the charts alongside disco and the tail end of punk. The Pleasure Principle was a continuation of the spooky, suspicious Cold War era sound of Replicas, the last Tubeway Army album, and perfectly suited Numan’s stage persona of the time – closed, aloof, mechanical, robotic. It felt like a ‘post human’ era, and indeed, some writers were openly questioning his attitude, punning on his stage name to ask ‘Is Numan human?’

Even the title of the album was futuristic, deriving from a Freudian psychoanalytical term. In 1937, the surrealist painter René Magritte gave the title to one of his paintings, and it has also been used by many other musicians as a track title. Something about the term obviously appeals to creatives with an interest in science fiction.

Science fiction was especially big business in the film world around the time of the Moon landings (1969-1972). 2001: A Space Odyssey (Arthur C Clarke) and A Clockwork Orange (Anthony Burgess) were both made into blockbuster films by Stanley Kubrick between 1968 and 1971. The Mad Max franchise began in 1979 and Blade Runner (an adaptation of 1968’s Do Androids Dream of Electric Sheep? by Philip K Dick) was brought to the big screen by Ridley Scott in 1982. Unsurprisingly, Numan counts Dick, Scott, dystopian author J G Ballard and Mad Max director George Miller among his major influences. He has also said that Androids is a personal favorite. The very first words of Listen to the Sirens on Tubeway Army’s eponymous debut of 1978 are a Philip K Dick reference, after all. Flow My Tears, the Policeman Said is the title of his 1974 novel which tells of a genetically enhanced pop singer who wakes up in a world where he has never existed. It is easy to think that Numan saw himself in that character.

Due to the violence which often accompanied punk gigs in the late 1970s, Numan decided that the Tubeway Army lineup should become a studio-only entity. He eventually dropped the ‘inappropriate’ name altogether when he discovered synthesizers, although the musicians on The Pleasure Principle were the same as those on Replicas.

Technology has underpinned Gary Numan’s output for years. There is no electric guitar on The Pleasure Principle. Instead, it uses Minimoog and Polymoog synthesizers, alongside a standard bass and drum rhythm section with additional strings on some tracks. He practically underlined the frequent accusations of being robotic and otherworldly. Having discovered a Minimoog in the studio while recording Tubeway Army, he had been poking around on it, wondering what would happen if he hit that key or twiddled that dial. Liking the sounds his experimentation produced, he went on to use more synthesizers on Replicas, most memorably on Are ‘Friends’ Electric. In time, that iconic synth line found its way into many other mixes and cover versions including Sugababes’ cover of Adina Howard’s Freak Like Me.

Gary Numan was not the only one making futuristic synthesizer music at this time. After leaving Ultravox, John Foxx set to work on Metamatic. The lead single, Underpass, was released in early 1980, and also used robotic vocals and electronic percussion. Away from the charts, in matters instrumental, Jean-Michel Jarre produced Équinoxe in 1978 and Les Chants Magnétiques in 1981; Kraftwerk were in a Computer World in 1981; and Brian Eno produced Apollo: Atmospheres and Soundtracks in 1983.

By 1983, synthpop from Yamaha DX-7s and E-Mu IIs was everywhere. However, new wave and new romantic bands became darker over time, and the likes of Depeche Mode and Nine Inch Nails headed towards a heavier sound – industrial. Making music which was equal parts punk, goth and electronic, NIN and Dave Grohl of Foo Fighters both acknowledge Numan’s influence. Besides joining NIN on stage, in recent years Numan has also collaborated with fellow electronic pioneer Jean-Michel Jarre, on Here For You from Jarre’s 2016 album Electronica 2: The Heart of Noise. In 2018 he played Blue Dot Festival at Jodrell Bank; another chance to mix synths and science fiction.

Gary Numan’s influence is not limited to musicians either. Joe McCann, a science fiction author from Darlington in England, openly credits Numan with influencing his writing, and even managed to rope in Chris Payne to work on the soundtrack of a potential TV series based on his Replican novels.

Numan’s recent releases, Splinter (Songs from a Broken Mind) (2013), Savage (Songs from a Broken World) (2017) and Intruder (2021) are more bleak and dystopian than ever, with equally cutting lyrics. Strangely, songs from The Pleasure Principle sit well alongside the heavier sound when played live. It doesn’t look like Gary Numan’s going anywhere any time soon, so those gloomy synths and science fiction influences will be around for a while yet. 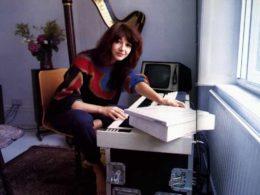 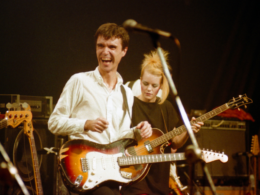 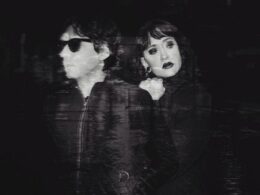 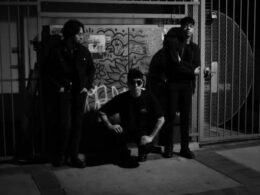