In terms of music singles, The Cure’s “Lullaby” is instantly recognisable to many 80s kids and alternative music fans alike. The crawling guitar melody and whispering vocals have cemented the 1989 released song as an anthem. Yet, this track would be nothing without its iconic music video from long-time director, Tim Pope. Pope and The Cure have a rich history together, leading to wonderful and weird music videos such as “Just Like Heaven” and “Why Can’t I Be You?”. However, none of these videos generate imagery as strong as “Lullaby” has.

Frozen in his bed, lead singer Robert Smith slowly looks around his room as the other band members play him a song. They are dressed up in cobwebs and their faces are painted white, devoid of humanness and aliveness. Then, an extreme close up focuses on the long-nailed spidery hands that begin to climb through misted glass. As the figure slithers up into camera view, the Spiderman appears and is none other than Smith himself, covered in black make-up.

“Lullaby” is a tale of a surreal night, told from the singer’s own perspective, as he witnesses a horrific figure entering his room – the Spiderman. No, not the friendly neighbourhood superhero. Rather, a creature who emerges from the evening dusk to taunt its unlucky victim with uneasy touches and caresses. Filmed using natural light and shadow, Tim Pope effectively creates a dreamscape on film without any need for visual effects or CGI.

The Cure have achieved an undisputable iconography since their conception back in 1978. Refusing to accept the constraint of the goth label, Robert Smith does not consider himself or the band as representative of the subculture as a whole. However, Smith has noted how Tim Pope captures the silliness of the band within a visual medium. Considering this, “Lullaby” is the quintessential example of an ironic, exaggerated visualisation of how the general public perceives The Cure. Its self-awareness and play with intertextuality make this vivid music video the perfect balance between irony and storytelling. In their willingness to not take their art too seriously, they have produced a truly iconic music video that has become completely synonymous with the song and the band’s career itself. 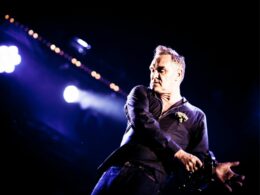 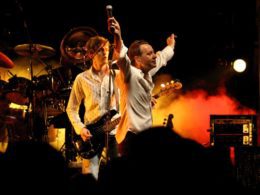 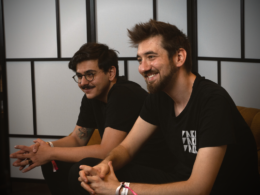 How the Turkish music duo incorporates the haunting sound of instruments from their hometown into the pulsing synths of post-punk and darkwave.
byP. Sydney 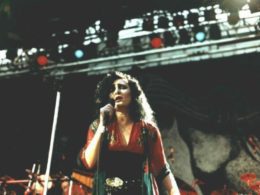 With the music video to “Cities in Dust” Siouxsie & The Banshees provide us with a brave reflection of the volcanic eruption in AD 79.
byF. Williamson