How the Turkish music duo combines native instruments with the pulsing synths of post-punk and darkwave.

For this episode of “In Conversation”, we take a look at an exciting new combination of sounds at the confluence of new wave and south-west Asian folk music. Zack Zack Zack talk about how they have incorporated the haunting sound of instruments from their native country of Turkey into the pulsing synths and gritty electronic baselines of post-punk and darkwave. The band also tells us about their influences, ranging from She Past Away to Depeche Mode, and how they ended up in the genre by accident.

Yigit Bakkalbasi and Cemgil Demirtas met in Vienna via a mutual friend, and from here their sound evolved naturally through one of Cemgil’s art projects. From a place of little intention, they have inadvertently given themselves the freedom to carve one of the most interesting niches in the current new wave and post-punk scene. We go on to hear about what it’s like to write in multiple languages and how this has led them to focus on the feeling and emotional meaning of the music above all. Beyond this, we catch more glimpses of their striking videography, made with the help of New York-based filmmaker Rob Barriales.

Both band members are originally from Izmir, Turkey, but have been making waves in Austria and Central Europe. Their self-released debut record entitled Album 1, was released in 2021 and featured tracks like “Bütün”, “Bak”, “Sekretariat” or “Alles Was Du Hast”. Zack Zack Zack have an upcoming album planned for 2023 with the first single “Ev” already being released. For now, this video interview offers a tantalising look at the process behind their success so far. 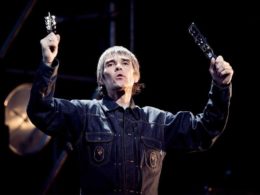 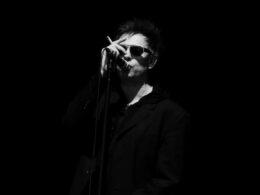 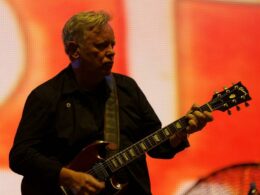 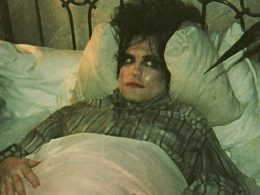